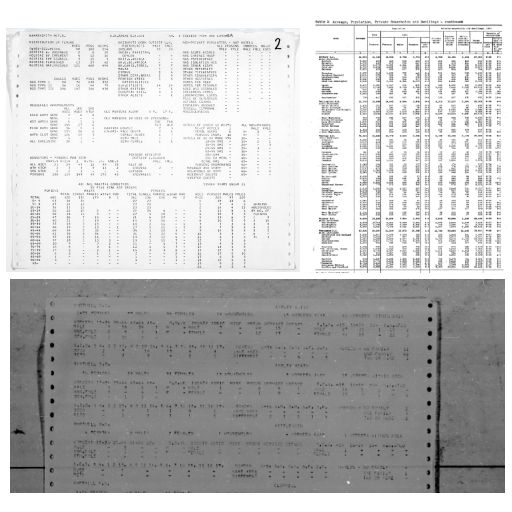 Images containing tables from the 1961 Census for England and Wales. The images are a subset of the whole collection. They were used in a digitisation feasibility study between 2015 and 2017. They include county reports and Small Area Statistics (SAS).

1961 was the first time computers were used for a UK census, but no digital data was presevred.