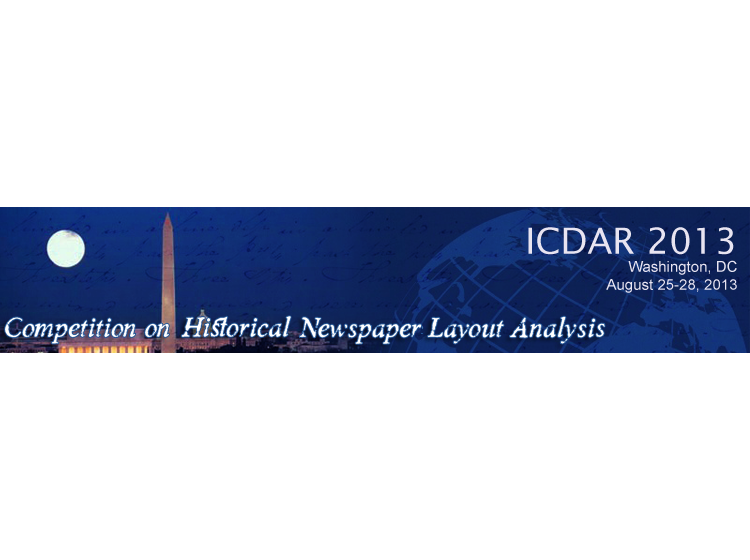 HNLA2013 follows the successful running of all previous ICDAR Page Segmentation competitions, and expands the scope to historical newspapers.

Layout Analysis is of fundamental importance among Document Image Analysis steps and has been (and continues to be) relatively well researched. Historical documents are of particular interest as they pose a number of challenges and, at the same time, represent a very large proportion of printed documents in existence. With the increasing number of digitisation projects initiated by libraries world-wide, the problem of layout analysis of these documents is very topical.

Historical newspapers pose a series of challenges due to the method of their production (inexpensive paper, inconsistent inking, varying layout etc.) as well as the presence of ageing and use artefacts. Newspapers are increasingly the major focus of large-scale digitisation projects (e.g. Europeana Newspapers) as they contain information that is widely interesting to the general public and, at the same time, are rapidly deteriorating in storage. The motivation of the competition is to evaluate existing approaches using a realistic dataset and an objective performance analysis system.

HNLA2013 follows the successful running of all previous ICDAR Page Segmentation competitions (2001, 2003, 2005, 2009 and 2011). The proposed competition will expand the scope to historical newspapers.